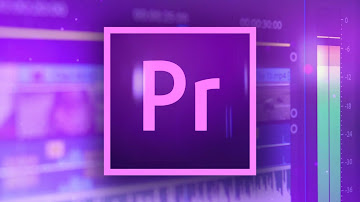 Adobe Premiere Pro is a powerful, customizable NLE editor that lets you edit your video exactly the way you want it. Import and freely merge any video, from a clip captured on the phone to raw 5K, followed by editing that does not require transcoding.

The auto center feature intelligently centers your footage, keeping the action within the frame in different aspect ratios, such as videos with square, vertical and 16: 9 aspect ratios.

- Improved graphics and text as well

In the "Basic Graphic Elements" in Premiere Pro provides several enhancements to work with text and graphics to optimize the processing of headers and graphics.

Premiere Pro provides robust support for native formats and increased performance for commonly used file types such as H264, H265 (HEVC) and ProRes (including ProRes HDR) on macOS and Windows.

Report now checks more drivers to make sure your system is ready for editing with Premiere Pro.

Learn more about other improvements in the new release, such as faster scrolling in the media browser, easier media cache management, and more.